It’s difficult to believe that when I arrived in France in August 2013, I didn’t have a Facebook account, had no idea what Twitter was and could only navigate the internet in the most rudimentary way. Of course, I used computers for work, regularly relied on Google and Amazon, and even ordered our Tesco shopping online. But it wasn’t until I set up my own business that I began to learn about websites and social media, and now, six years on, I’m building WordPress sites. 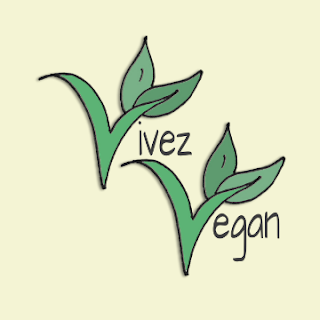 This blog began on 2 November 2014 so just yesterday was its fifth anniversary. It all began with Project 333, a great clothes challenge, started by Courtney Carver of Be More With Less, that is still going to this day. It’s the ultimate in minimalism applied to your wardrobe, based on a capsule of just 33 items that you wear for a whole three-month season: 33 items x 3 months = Project 333. I was fascinated by the idea. I’d moved over to France in August 2013 with a huge amount of clothing. There was all my work stuff, charity shop finds and my Rohan technical travel wardrobe. When I started the Project, I had 180 items in my inventory. In the first step I threw away about a third, taking four black sacks to the clothing bank. Then, I decided to learn about blogging and write about the process.

I called the blog “Totally Technical” as I was aspiring to have a minimal wardrobe based solely on technical clothes. It actually took over a year to complete the challenge. I had to do several rounds of clearing out, but by early 2015 I had completed another purge and virtually all non-technical clothes had gone. At one stage I reported the total was down to 80 items (I had spreadsheets!), and a year later I’d reduced it to 77. I continued using the capsule wardrobe 333 principle for a long time until it became almost second nature I suppose. We did have a bit of a splurge in Rohan Stratford-on-Avon in Autumn 2015, but since then new clothes acquisitions have been restricted to one annual item at the Jack Wolfskin shop on holidays in Germany, plus a few new socks, undies or yoga clothes from Decathlon or Hema.

Once Project 333 had my wardrobe under control I applied similar principles to other areas of the house, like the kitchen and campervan. However, there was then a bit of a blogging hiatus. OK, I didn’t post anything for almost a year. I nearly gave up, but instead I rebranded the blog “My Little Orange Notebook” due to my predilection for orange notebooks, files, pens … But this didn’t really fire up the muse. It wasn’t until I decided to learn WordPress and built the Vivez Vegan website that the blogging bug rekindled once again. So, on 31 December 2018 I rebranded this blog for the third time in a post titled, “We’re still vegan, and we’re still here”. And since then I’ve kept to my 2019 unwritten resolution to post every Sunday.

It’s interesting to revisit all the early Project 333 posts, especially as we are about to enter to new period of minimalism (watch this space towards the end of the year). I’m less focused on the actual numbers game with Project 333, but it certainly cured any desire I had for consumer clothing. In fact, I bought two virtually brand-new dresses last week at a vide grenier: total cost €4. Some things took longer to part with. Back in September 2015 I posted about my clarinet. I’d been debating whether to sell it on Facebook, but then started to play it again. How did that go? Well, after the first week or so I’ve never played it since. It has sat on the shelf for four years. Well, the good news is that new owners have been found and the clarinet will soon be making music once again.